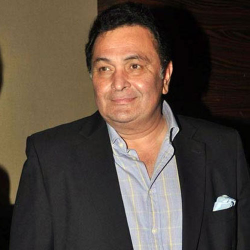 Rishi Kapoor is fondly known as Chintu in Bollywood by his peers and Chintuji, with respect by his juniors. Known for his uncensored innuendos on Twitter and in his interviews, Kapoor launched his biography called Khullam Khulla in 2017. 30 April 2020 (aged 67) Passes away in Sir H. N. Reliance Foundation Hospital, Mumbai, Maharashtra, India.

Rishi Kapoor (4 September 1952 – 30 April 2020) was an Indian actor, director, and producer known for his work in Hindi cinema. He received the National Film Award for his debut role as a child artist in his father's Raj Kapoor's 1970 film Mera Naam Joker (1970). Kapoor had his first lead role as an adult opposite Dimple Kapadia in 1973 with the film Bobby and received the Filmfare Best Actor Award in 1974.