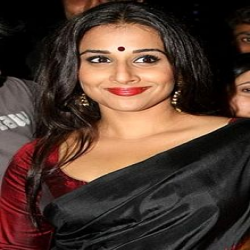 Summary
Vidya Balan is an Indian film actress who has empowered cinema by breaking the barrier of picturesque heroines and carving a niche of her own. The actor, who believes in letting her work do all the talking, has been part of several hit movies like Parineeta (2005), Lage Raho Munna Bhai (2006), Guru (2007), the critically acclaimed Paa (2009), The Dirty Picture (2011), and Kahaani (2012). The actress started acting at a very young age; she made her foray into acting with the popular TV show Hum Paanch. Be it her role in the TV series or in her Bollywood debut movie Parineeta, Vidya has never shied away from bringing life and energy into her characters. She was conferred with the coveted Padma Shri Award by the Government of India in 2014.
Movies List