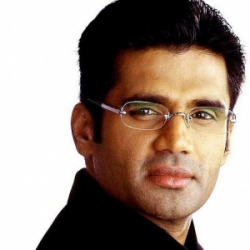 Suniel Shetty was born on 11th August 1961, He is an Indian film actor, producer and entrepreneur. He is predominantly active in Bollywood films, In a career spanning more than 25 years, he has acted in more than 110 films. His major works have been action and comedy films. He has received a Filmfare Award out of five nominations for the film Dhadkan. He is the owner of the production house Popcorn Entertainment Private Limited. He has produced a number of films including Khel – No Ordinary Game, Rakht and Bhagam Bhag, under the banner of Popcorn Motion Pictures.