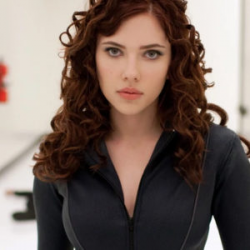 Scarlett Johansson is an American model, film and stage actor, and singer who began her acting career at a very young age. She made her acting debut at the age of nine with the 1994 American comedy film North. Scarlett Johansson will be seen playing Black Widow in Avengers: Infinity War scheduled for release in May 2018, and the untitled sequel scheduled for May 2019. She got married to Colin Jost in a private ceremony. She will be seen in the Black Widow series in which she plays the protagonist role.