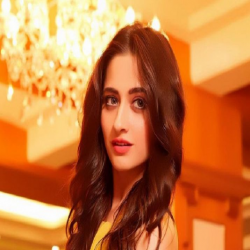 Summary
In 2014, Sheikh appeared as Durga Thakur, an ambitious and confident young woman, who is seeking justice for her sister, in Ek Hasina Thi. The serial was the breakthrough of her career as her performance was acclaimed by critics and viewers and it was one of the most successful shows of Star Plus at that time. In 2016, she appeared as Dhani in Ishq Ka Rang Safed which was the first time Sheikh played an onscreen mother, of a 5-year-old child. In March, 2017 Sheikh appeared as Renya in a supernatural web series, titled Gehraiyaan, opposite her Ek Hasina Thi co star Vatsal Sheth. The web series is directed by debutante director Sidhant Sachdev and produced by the Vikram Bhatt production house.Now, Sheikh is appearing as Kamini Mathur, a superstar, in a serial titled Love Ka Hai Intezaar, opposite Keith Sequeira aired by Star Plus. The show was earlier titled as Kya Tu Meri Lage.
Movies List