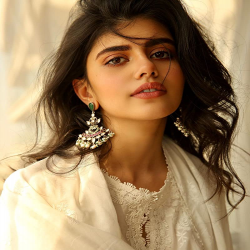 Sanjana Sanghi is an Indian actress, who primarily works in the Hindi film industry. She made her acting debut with the 2011 movie Rockstar. She was later seen in the comedy-drama Hindi Medium (2016). In 2017 she made an appearance in Fukrey Returns. Her 2020 releases include Dil Bechara, a Bollywood adaptation of the John Green book The Fault in our Stars. She starred alongside the late actor Sushant Singh Rajput, who passed away shortly after filming. The film is her debut as a lead actress.