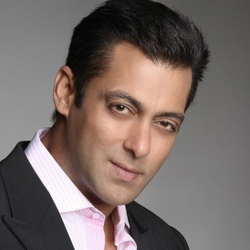 Salman Khan is one of the most charismatic, flamboyant and commercially successful actors of Hindi cinema. The superstar has a huge fan following not just in India but all around the world and his popularity is perfectly reflected by the numerous. Khan is the eldest son of screenwriter Salim Khan and his first wife Sushila Charak (who later adopted the name Salma Khan).

Salman Khan paternal ancestors were Alakozai Pashtuns from present-day Swat valley of Pakistan who immigrated to Indore, Madhya Pradesh in the mid 1800s. His grandfather Abdul Rashid Khan was a Deputy Inspector General of the Indore state who was awarded Diler Jung award of the Holkar times. Khan's mother is a Maharashtrian, whose father Baldev Singh Charak, a Dogra Rajput, comes from Jammu-Kashmir and whose mother comes from Maharashtra. He has two brothers, Arbaaz Khan and Sohail Khan; and two sisters, Alvira Khan Agnihotri, who is married to actor/director Atul Agnihotri, and an adopted sister Arpita.

Bollywood Actor Salman finished his schooling at St. Stanislaus High School in Bandra, Mumbai, as did his younger brothers Arbaaz and Sohail. Previously, he studied at The Scindia School, Gwalior for a few years along with his younger brother Arbaaz. He attended St. Xavier's College in Mumbai but dropped out. awards and recognitions bestowed on him.

Salman Khan in His Childhood Pic With His Siblings