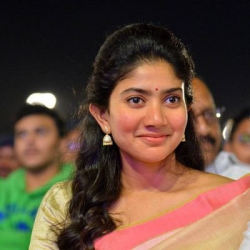 Sai Pallavi Senthamarai was born on 9th May 1992 in Kothagiri, Tamil Nadu, India. She is an Indian film actress and dancer who works in Telugu, Malayalam and Tamil films. She noticed in social media after her Malayalam film Premam (2015), even she got two Filmfare Awards for her performances in the films Premam and Fidaa. She is a doctor by education, she completed her MBBS (medical degree) in 2016 from the Tbilisi State Medical University, Georgia. Her younger sister Pooja is also an actress.

Sai Pallavi has told in her interview that she was not a trained dancer, she always wanted to be like her mother in dancing. She also participated in the reality dance show  Ungalil Yaar Adutha Prabhu Deva on Vijay TV in 2008 and appeared on Dhee Ultimate Dance Show (D4) on ETV Telugu in 2009. Sai Pallavi has started her career at a small age as a child actress in Kasthooriman (2003) and Dhaam Dhoom (2008).