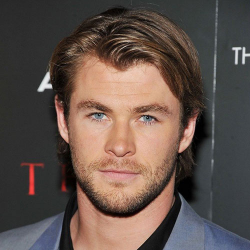 He is known for playing Thor in the Marvel Cinematic Universe since 2011. Hemsworth has also appeared in the science fiction action film Star Trek (2009), the thriller adventure A Perfect Getaway (2009), the horror comedy The Cabin in the Woods (2012). Chris Hemsworth also reprised his role as Thor in Thor: Ragnarok, released on November 3, 2017 in the United States and will reprise his role in the two upcoming films Avengers: Infinity War and its untitled sequel, scheduled for release in 2018 and 2019. He will also reprise his role as George Kirk in the fourth film of the rebooted Star Trek film series.