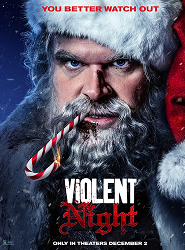 This Christmas season Tommy Wirkola has brought to you an American Fantasy comedy action movie 'Violent Night'. It Starring David Harbour, Cam Gigandet, Leah Brady, John Leguizamo, Alex Hassell, Beverly D'Angelo, Edi Patterson, and Alexis Louder. The film has its world premiere on 7 October 2022, at the 'New York Comic Con and is announced to hit on cinemas on 2nd Dec 2022 by 'Universal Pictures.

The trailer showcases how a team of mercenaries breaks into the lives of a wealthy family on Christmas Eve, takes everyone inside as hostages, and the team is not prepared for a surprise. Then we see, 'Santa Clause' played by David Harbour is on the grounds, famous for its characters in some of his projects like Black Widow and Stranger Things series on Netflix. 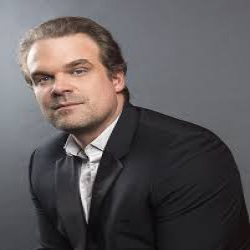