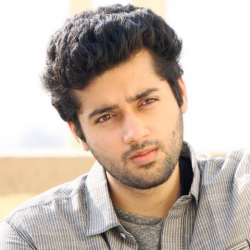 Utkarsh Sharma is now a grown up guy but is more known for being a child actor. He is the same kid who appeared in the love story of Ameesha Patel and Sunny Deol in the film Gadar- Ek Prem Katha. He was born on 22nd May 1994 in Mumbai. He is the son of Anil Sharma the known filmmaker and actor of B Town. He has completed his schooling from Jamnabai Narse School, Mumbai, while for his graduation he headed to California for his studies in Cinema. He completed his graduation in filmmaking from the reputed Chapman University, Orange, California, the United States and later did his another program in Cinema from the known Lee Strasberg Theatre and Film Institute, New York.