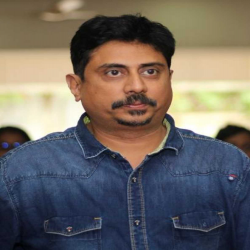 Umesh Shukla is an Indian film Actor, writer & director who directed the Indian drama film Oh My God. The film starred Akshay Kumar and Paresh Rawal. He made his directorial debut with UTV Motion Pictures' and Bindass' presentation Dhoondte Reh Jaaoge. Shukla’s latest release is 102 Not Out featuring Amitabh Bachchan and Rishi Kapoor. He was working from 2009.

As an actor, he is known for his villain role in Mithun Chakraborty' s Yaar Gaddar where he played the governor and his alter ego Sheila (the governor's wialso acted directed in many Gujarati plays. He is also well known as a director for Gujarati Play (natak), Kanjee Viruddha Kanjee.

Recently he directing his upcoming film with title ‘Aankh Micholi’ in which story of the film is about, family of misfits with a crazily entertaining storyline which will surely make this Diwali a cracking one.  which guarantees superb entertainment.