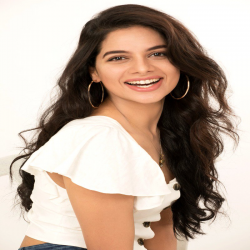 After debuting in Telugu films with Appatlo Okadundevadu in 2016, she played the role of A.C.P. Catherine in another Telugu movie Patel S. I. R. released in 2017 starring Jagapati Babu. Hope's first Tamil movie is Thadam, directed by Magizh Thirumeni. She is one of the three heroines along with Vidya Pradeep and Smruthi Venkat. She is playing Jessie in the Telugu, Kannada bilingual film Home Minister starring Upendra and directed by Sujay k. Srihari.  She stars in Paperboy with Santosh Sobhan. Hope will also be seen in the Dharala Prabhu, which will release soon in 2020.