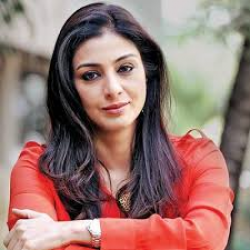 Tabassum Fatima Hashmi was born on 4 November 1970, she known by the mononym Tabu is an Indian film actress primarily working in Hindi films. She has additionally worked in other regional films in different languages including Telugu, Tamil, Malayalam, Bengali, and Marathi. Regarded as one of the most accomplished actresses in Indian cinema, Tabu has often played troubled, complicated women in a range of characters, from fictional to literary, in both mainstream and independent cinema, as well as some American productions.