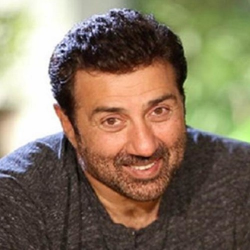 Sunny Deol is one of the most popular actors in Bollywood, he is Born to Dharmendra and Prakash Kaur,. Although he studied theatre from Birmingham, most of his performances have portrayed him as the desi Jatt fighting with the bad guys. With that physique however, most people wouldn't want to mess with him in real life at all. Ajay Singh Deol was born in 19 October 1956, better known as Sunny Deol, is an Indian film Actor, Director, Producer, Politician and Current Member of Parliament from Gurdaspur Lok Sabha constituency of Punjab State. He known for his work in Hindi cinema and has won two National Film Awards and two Filmfare Awards.

Deol made his debut opposite fellow debutante Amrita Singh in Betaab (1982), for which he received a Filmfare Best Actor Award nomination. Subsequently, he went on to star in numerous successful films in the 1980s and 1990s. With his portrayal of an amateur boxer wrongly accused of his brother's murder in Rajkumar Santoshi's Ghayal in 1990, Deol gained wide recognition and praise and won the Filmfare Award for Best Actor and the National Film Award Special Jury Award / Special Mention (Feature Film). His portrayal of a lawyer in the film Damini Lightning (1993) won him the National Film Award for Best Supporting Actor and the Filmfare Award for Best Supporting Actor. Anil Sharma's Gadar: Ek Prem Katha (2001), in which Deol portrayed a lorry driver who falls in love with a Muslim girl, was the highest grossing Bollywood film ever at the time of its release, and garnered him a Filmfare Best Actor Award nomination