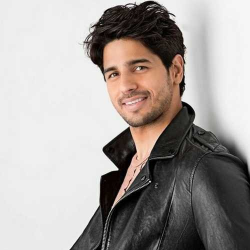 Born on 16 January 1985,  Sidharth Malhotra is an actor and former model who appears mainly in Hindi-language films primarily in Bollywood. Dissatisfied with his short-lived modeling career, he went on to work as a trainee assistant director to Karan Johar for the 2010 film My Name Is Khan starring Shah Rukh Khan.

Sidharth Malhotra's first big break came with his debut film Student Of The Year (2012). Ever since then, he has featured in many hit films such as Ek Villain, Kapoor & Sons, Hasee Toh Phasee, Shershaah & more.