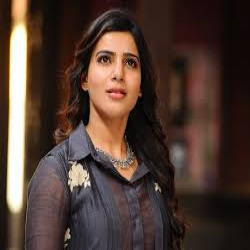 Summary
Samantha Akkineni was born on 28th April 1987 in Chennai, Tamil Nadu, India. She is an Indian Film Actress & Model She is best known for her work in Telugu, Tamil and Hindi films. Samantha Ruth Prabhu was raised in Chennai. Her Real name is Yashodha. She completed her schooling education from Holy Angels Anglo Indian Higher Secondary School in Chennai. and She complete graduation Stella Maris College, Chennai and obtained her B.Com degree from there. While pursuing graduation, she was also Tangled, in modelling and after getting notice, she started getting film roles. She made her acting debut with the Tamil film Vinnaithaandi Varuvaayaa in 2010. The very same year, she also made her Telugu film debut with the film called Ye Maaya Chesave. The film was a huge hit and also won her Filmfare Award under the category of Best Female Debut-South. Among her noted movies, films such as Neethaane En Ponvasantham, Manam, Kaththi, and A Aa among other have won her lot of fame. Her recent films such as Theri, 24, and Rangasthalam won her a lot of accliam and awards. Off screen, she is involved with a lot of charitable organisations. She has established her own charitable trust called Pratyusha Support in 2012. A large chunk of her earnings, she donates for the underprivileged people of society. Born on 28 April 1987 to a Telugu father and a Malayali mother from Alappuzha, Kerala, Samantha was brought up in Pallavaram in Chennai, Tamil Nadu as the youngest child of the family to Prabhu and Ninette and two elder brothers Jonathan and David, whilst becoming fluent in the Tamil language. Despite her mixed regional background, she has cited herself as a Tamilian. As a part of her education, Samantha was schooled at Holy Angels Anglo Indian Higher Secondary School and then completed a degree in commerce at Stella Maris College, Chennai. Towards the end of her undergraduate degree she became involved in modelling, notably working with Naidu Hall, through which she was first spotted by filmmaker Ravi Varman.
Movies List