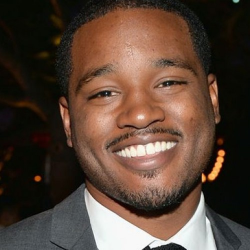 Ryan Coogler is a Hollywood director and writer. His directorial debut, Fruitvale Station (2013), earned him a lot of acclaim. His upcoming project, Creed, is set to release in 2015. Ryan Kyle Coogler was born on 23rd May 1986 in Oakland, California, U.S. He is the son of his father, Ira Coogler, is a juvenile hall probation counselor and mother, Joselyn is a community organizer, He has two brothers, Noah and Keenan. Coogler lived in Oakland, at the age of eight, afterthat he moved to Richmond, California for the further studies. He is  also played Football and got scholarship on a football as a redshirt wide receiver his freshman semester intending to study chemistry, he also good in maths and science. He completes his education from private Catholic high school, Saint Mary's College High School in Berkeley, California.