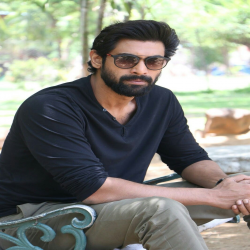 Rana Daggubati debut with the Telugu film Leader, directed by Shekhar Kammula. which is one of his biggest successes. Rana made his Bollywood debut with the film Dum Maaro Dum, which released on 22 April 2011. He later starred as the main antagonist in Telugu film Baahubali: The Beginning (2015), which recorded the second highest gross opening for an Indian film. He then featured in a supporting role in Tamil film Bangalore Naatkal (2016). In 2017, Rana later reprised his role as Bhallaldeva in Baahubali 2: The Conclusion, which became the highest grossing Indian film of all time