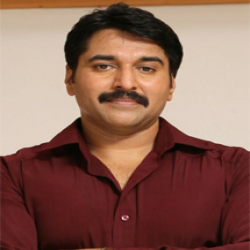 Rashin Rahman, known popularly as Rahman, is an Indian film actor. Since his film debut in the 1983 Malayalam drama Koodevide, he has appeared in close to 150 films across all major film industries in South India. Throughout the 1980's, Rahman was a teen icon in Malayalam cinema and in the early 1990's, he was one of the most-sought-after actors in Kollywood.

Rahman was born on 23rd May 1967 in Abu Dhabi, United Arab Emirates. He maked movie over than 150 films in Malayalm, Tamil, and Telugu industry. His acting was liked by the audience, in Tamil and Telugu cinema he is known as Raghuman and Raghu. In his shine career he won his first awards- Kerala State Award for Best Supporting Actor.

He is the eldest son and has a younger sister Shameema. He was completing his education at Baldwin Boys' High School, Bangalore, St Joseph's School in Abu Dhabi and Rex Higher Secondary School, Ooty and pursued a pre-university degree at M.E.S. Mampad College, Malappuram. He married with Meherunnisa, she is the sister of A.R. Rahman's wife Saira Banu, Both couple have two children.