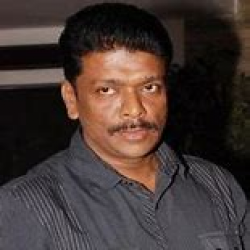 Radhakrishnan Parthiban (also credited as R. Parthiepan, Ra Parthiepan, or Parthiepan) is an Indian film Actor, Director, Producer and Writer who works mainly in Tamil cinema. He has Directed 15 films, Produced 14 films and acted in more than 60 films and. He started his career as Assistant director for K.Bhagyaraj in 1984 and the duo worked in over 20 films from 1984 to 1991. Parthiban is known for having directed critically acclaimed films such as Pudhiya Paadhai (1989) and Housefull (1999) won the National Film Award for Best Feature Film in Tamil.[2][3] In most of his films, Parthiban is a hero who makes jokes and always has a touch of humor with actors and comedians.