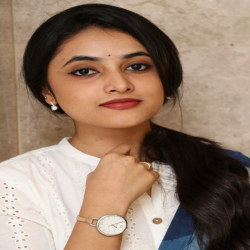 Priyanka Arul Mohan was born on Born 16 Jun 1999. She is an Indian model and film Actress, who has worked predominantly in Telugu, Kannada and Tamil movie industry. She made her acting debut through Kannada movie Ondh Kathe Hella directed by Girish Girija Joshi in the year 2019. Priya made Telugu movie with Sharwanand, in a title Sreekaram which will release soon.