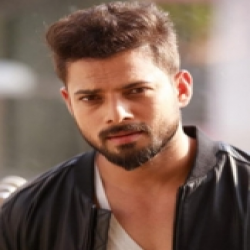 Praveen Tej was born on 3 December 1984 in Thirthahalli, Shimoga district, Karnataka, India. He is an Indian film actor who works primarily in Kannada cinema. He is well known for his role in Simple Aaginnond Love Story (2016), a sequel to the Kannada hit Simple Agi Ondh Love Story. Born in Thirthahalli, Praveen moved to Bangalore to become an actor. Having a dream to become an actor, the Indian actor Praveen Tej, moved from Shivamogga, Karnataka to Bangalore. He soon got his first break as an anchor for a TV show and then went on to groom himself to act in movies by taking dancing, acting, and martial arts lessons.

He made his debut in the Kannada film industry with Jolly Days, where he played one of the lead roles, he was later seen in films like Aantharya as Krishna. He got fame with Simpallag Innondh Love Story as Kush. Praveen was praised for his performance as Adi in the crime thriller Churikkate, he was also a part of the recently released film Heegondhu Dina, which was directed by Vikram Yoganand.

The actor is awaiting the release of upcoming movie BMW and Kannada crime thriller Striker in 2019, he is also set to work on the Vinay Bharadwaj-directed Mundina Nildina under the Red Chillies Entertainment banner.