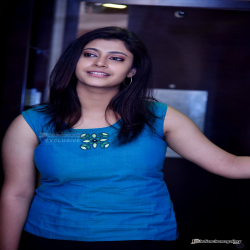 Parvathy Nambiar was born in Kannur, Kerala. She is an Indian film actress, Dancer , Theatre Artist who is mainly known for her work in Malayalam films.  She made her acting debut with the 2013 comedy film Ezhu Sundara Rathrikal. She maked many films which shown below the data. Parvathy Nambiar, who got engaged last year, and finally got wedding at Guruvayur Temple, Thrissur by Vineeth Menon in 2nd Feb 2020, who is Indian pilot.

The actress, who got engaged last year, made her debut in Mollywood with Lal Jose's directorial 'Ezhu Sundara Rathrikal'. Parvathy rocketed to fame with her performance in Ranjith's movie 'Leela'. She played the titular role opposite actor Biju Menon and was last seen in Jayaram starrer ‘Pattabhiraman’.