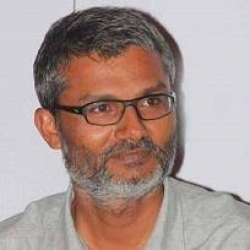 Summary
Nitesh Tiwari is an Indian film director, screenwriter, and lyricist known for his works in Bollywood. He made his directorial debut by co-directing Chillar Party (2011) which won the National Film Award for Best Children's Film for that year. He then directed the supernatural political drama Bhoothnath Returns (2014) which became a box office hit.
Movies List