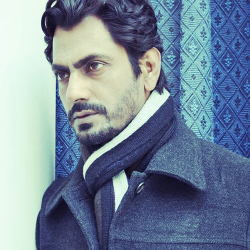 Nawazuddin Siddiqui was born on 19 May 1974, is an Indian actor, known for his works in Hindi cinema. He is an alumnus of the National School of Drama. Siddiqui’s feature film debut was alongside director Prashant Bhargava in Patang (2012), and his performance was appreciated by cinema critic Roger Ebert. He also gained international recognition for his work alongside director Anurag Kashyap in Black Friday (2007), the Gangs of Wasseypur (2012) duology, and Raman Raghav 2.0.

Siddiqui is best known for his roles in The Lunchbox (2013), Manto (2018), and Raman Raghav 2.0. Siddiqui is the only actor in the world to have 8 films officially selected and screened at the prestigious Cannes Film Festival.