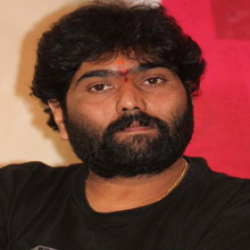 Nanda Kishore was born in Karnataka, he is an Indian film director and screenwriter who works in Kannada cinema. He is known for directing films like Victory (2013) and Adyaksha (2014), the latter of which is a remake of the Tamil film Varuthapadatha Valibar Sangam.

Nanda Kishore is the son of Kannada film actor Sudhir, and Malati. His brother Tharun Sudhir is also an actor in Kannada cinema. He overcame his obesity problem by losing 76 kg of weight. He directed so many movies like Ranna (2015), Mukunda Murari (2016), Tiger (2017), Brihaspathi (2018) and now recently directed Pogaru movie wich release soon.