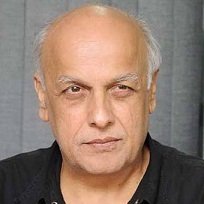 Mahesh Bhatt (born 20 September 1948) is an Indian film director, producer, and screenwriter known for his works exclusively in Hindi cinema . A stand-out film from his earlier period is Saaransh (1984), screened at the 14th Moscow International Film Festival. It became India's official entry for the Academy Award for Best Foreign Language Film for that year.[2] The 1986 film Naam was his first piece of commercial cinema. In 1987, he turned producer with the film Kabzaa under the banner, "Vishesh Films", with his brother Mukesh Bhatt