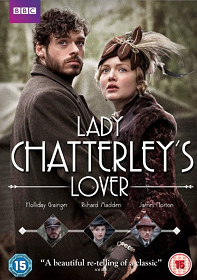 ‘Lady Chatterley’s Lover’ is a romantic genre movie held to be released on 25th Nov 2022 at Cinemas and to streaming on the OTT platform Netflix on 2nd of December 2022. The movie is based on a novel by D.H Lawrence and adapted by David Magee, the film is directed by Laure de Clermont-Tonnerre. It Starring Emma Corrin playing the role of Lady Chatterley and Jack O’Connell as Oliver Mellors. From the trailer, the movie revolves around an unhappily married aristocrat who starts an affair with the gamekeeper over Lady Chatterley’s husband’s country estate and begins to expose her own internal biases.

As per the review aggregate site Rotten Tomatoes, the average rating of the movie would be 6 out of 10, and holds an approval rating of 92%. Based on six critics, the film has an average score of 67 out of 100, indicating favorable reviews.