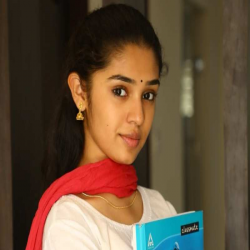 Krithi Shetty was born on 21 September 2003, in Mumbai, India. she is an Indian model & film actress appearing in Tamil, Kannada and Telugu films. At one of her Bharatanatyam performances, theatre director Jai Theertha, noticed the actress's talent and convinced her to join Samasthi Sunday School of Drama. Consequently, she pursued a diploma course in drama and performed in a play titled ‘Preethi’, later having an opportunity to play the lead role in 'Sadarame’, performing all over the state of Karnataka. She made many movies like, Sarigama(2009), Azhagarsamiyin Kuthirai(2011), Saghakkal(2011), Kondaan Koduthaan(2012), Pandiya Naadu(2013), Snehavin Kadhalarkal(2014), Maanga(2015), Sevili(2017), recent work in Uppena film which release in 2nd April 2020.

In 2013, she changed her from Advaitha to her original name Krithi Shetty for the release of Snehavin Kadhalargal because she noted that the name Advaitha had been chosen, she did not like the way people pronounced her name. She had been worked at the small age of her career.