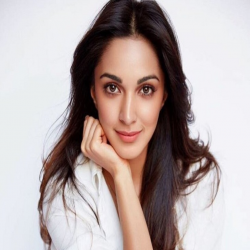 Kiara Advani was boen on 31 July 1992, She is best known for her profession. Kiara Advani whoes maternal name is Alia Advani, is Bollywood actress, she is predominantly appears in Hindi films. After making her film debut with the 2014 poorly received comedy Fugly, Advani had her first commercial success with a brief role in the 2016 sports biopic M.S. Dhoni: The Untold Story. Her career advanced with starring roles in the Telugu political drama Bharat Ane Nenu (2018) as well as the Hindi romantic drama Kabir Singh and the comedy Good Newwz both the film release in 2019.

Kiara Advani Born as Alia Advani, she changed her first name to Kiara prior to the release of her first film, Fugly, in 2014. She has stated that it was Salman Khan's suggestion to change her name from Alia to Kiara, as Alia Bhatt was her contemporary. In an Interview she realved that name was inspired from Priyanka Chopra's character Kiara in the film Anjaana Anjaani.

The elder of two siblings, Advani has a younger brother, Mishaal. She is also related to several celebrities via her maternal family. Actors Ashok Kumar and Saeed Jaffrey are her step-great-grandfather and great-uncle, respectively, whereas model Shaheen Jaffrey is her aunt.