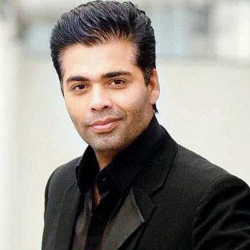 Karan Kumar Johar was born on 25th May 1972 in Bombay, Maharashtra, India. He is an Indian actor, director, dproucer, screenwriter, costume designer and also hosting a television shows. In bollywood industry he starts his career as a director with debut film romantic comedy-drama Kuch Kuch Hota Hai in 1998, for this movie he got the Filmfare Award for Best Director and the Filmfare Award for Best Screenplay. Afterthat he made many films like Kabhi Kushi Kabhi Gham(2001), Kabhi Alvida Naa Kehna(2006), and many more. He host television shows like Koffee with Karan, a dating show What the love, Jhalak Dikhhla Jaa, India's Got Talent, India's Next Superstars.
In 2020, he was honour with the Padma Shri Award, which is the 4th highest Civilian honour of India. He is the son of Yash Johar, a film producer and his mother Hiroo Johar who is the founder of Dharma Productions. He completes his school from Greenlawns High School and graduation from H.R. College of Commerce and Economics in the Bombay only. Johar started his career in the film industry with the role of Shrikant in 1989 Doordarshan Serial Indradhanush as a child artist. In February 2017, he became father to twins through surrogacy, his son name is Yash and daughter Roohi.