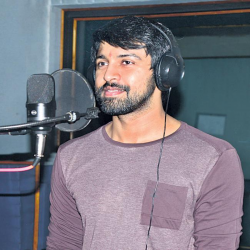 Kalyaan Dev was born on 11th Febuary 1990 in Hyderabad, Telangana, India He is best known for his Telugu film industry. he is Chiranjeevi's son-in-law Kalyan Dev's debut film Vijetha opposite Malavika Nair directed by Rakesh Shashi Produced by Korrapati Ranganatha Sai has nearly been completed.

The film will bear the same name as Chiranjeevi's 1985 hit, Vijetha. Kalyaan Dhev, second son in law of megastar Chiranjeevi has marked his debut in Tollywood as a hero with Vijetha movie. But the movie ended up as a disaster at the box office. Now, the Mega Hero has got into the Lime Light with his sweet gesture. Kalyaan Dev Age is 29 in (2019) On the occasion of his birthday, Kalyaan Dhev has done a good thing. The Mega son-in-law has pledged to donate his organs.

He has also completed the formalities in the Apollo Hospitals. The pictures related to this are now trending on the internet. This kind gesture by the Mega Hero is has been receiving appreciation from the fans. On the work front, Kalyaan Dhev will be next scene in a movie under the direction of Puli Vasu. His first film was based on father and sons love where Kalyaan acted as a middle class boy and impressed everyone with his performance. Chiranjeevi attended as the chief guest for this audio function and the movie is going to hit the screens on 12 July 2018.