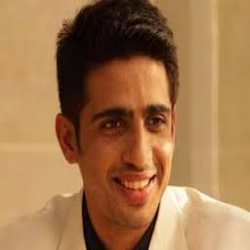 Gulshan Devaiah was born on 28th May 1978 in Bengaluru, Karnataka, India. He is an Indian actor from Karanataka who worked in Bollywood industry mostly known he known as Shaitan for this movie he nominates for Filmfare Award for Best Male Debut, Hate Story, and Hunterrr. He started his career early age from Anurag Kashyap's short film That Girl in Yellow Boots in 2010. He also worked in Series with title Smoke (2018) and Afsos (2020).
Gulshan is the son of Sri Devaiah and Pushpalata, both worked in the same company Bharat Electronics Ltd. He completed his School from Cluny Convent and St Joseph's Indian High School, graduation from NIFT. He worked 10 years in the field of the Fashion industry and also taught Bangalore students, fashion at Wigan & Leigh College. Before entered the film industry he played several dramas and small roles in Bangalore's English Theatre.