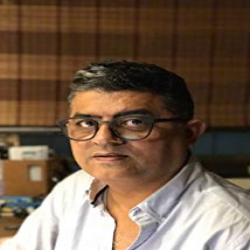 Gajraj Rao was Born in Dungarpur Rajasthan, India. He is an Indian actor who appears predominantly in Hindi films. He is known most for his award-winning performance in Badhaai Ho. He debuted in 1994 with a minor role in Shekhar Kapur's Bandit Queen and has since worked in many films and web-series. Rao is known for his supporting roles in movies like Talvar, Blackmail and web-series like TVF'S F.A.T.H.E.R.S. and Tech Conversations with Dad. He also directed a number of ad-films with Codered films. Recently he will performing in Maidaan movie.