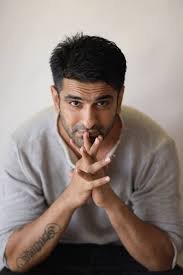 Eijaz Khan was born on 28 August 1975 is an Indian film and television actor. He rose to fame by playing the lead roles in Balaji Telefilms serials Kkavyanjali, and Kyaa Hoga Nimmo Kaa. In 2019 he was seen in the web series called Halala that premiered on Ullu App and Mayanagari-City of Dreams  that premiered on Hotstar.