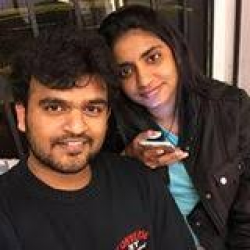 Sailesh Kolanu is a director, actor, and writer, known for Hit (2020) and Checklist (2018). Dr. Sailesh Kolanu, an associate professor in medicine at the University of New South Wales (UNSW), who has turned director for an upcoming Telugu film, Hit, produced by actor Nani. He was born and raised in Chennai, and his dad worked as a production manager under the late director Kodi Ramakrishna.

When the film industry moved to Hyderabad, his family moved as well. he was 12 years at that time, he graduates from Hyderabad. Sailesh subsequently worked in the L.V. Prasad Eye Institute before moving to the UNSW, Sydney, in 2012 to pursue a Ph.D. in Optometry and Vision Science.

He completed his Ph.D. in 2016 and started teaching optics to undergraduate students in the same university. From self-learning, he grew serious about an alternate career. However, he knew very little about approaching actors and artists, his several trips between Hyderabad and Sydney only adding to his sense of fatigue. But Lakshmi Manchu, a common friend, suggested that reaching out to actors through a reference will make things easy, reveals Sailesh, adding that Lakshmi was the one who has put him on to Nani. Nani was impressed with Sailesh’s writing style and his short stories, and agreed to produce his film, Hit, a thriller starring Vishwak Sen and Ruhani Sharma in the lead roles is set to release in theatres on February 28. But the memory of acceptance is still fresh in Sailesh’s mind.

His wife, Swathi Vemula, was quite encouraging too. His wife is a vision therapist who works with kids with autism. She’s always encouraged me to pursue whatever I wanted to do.