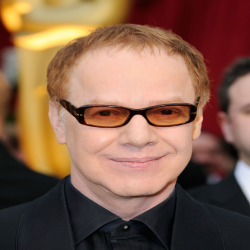 Daniel Robert Elfman was born on 29th may 1953 in Los Angeles, California, U.S. He is an American Composer, singer, songwriter, record producer, actor, and voice actor. He starts his career at the age of 19, he basically known as the singer-songwriter for the new wave band Oingo Boingo in the early 1980s, and has since garnered international recognition for writing over 100 feature film scores. For his best work he honors by the 4 Oscar nominations, two Emmy Awards, one Gramy, six Saturn Awards for best music, Richard Kirk Award in 2020, Disney Legend Award in 2015, and the Max Steiner Film Music Achievement Award in 2017.

Daniel Robert Elfman is also known as Daniel Elfman, he belongs to Jewish family with Polish and Russian roots. His father is Blossom Elfman who is the writer and teacher, before this he was in Air Force. Daniel Elfman married with Geri Eisenmenger, both couple having two daughters, Lola and Mali. Mali is a film producer and actress, she and her father both collaborated on her film Do Not Disturb (2011). In past Elfman had a girlfriend Kim Gordon, who would later become one of the members of the rock band Sonic Youth. In 2003 he married with Bridget Fonda