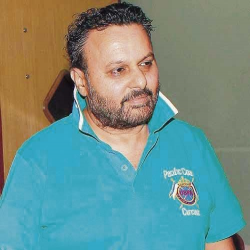 Anil Sharma was born on 7th March 1955 in Mathura, India. He is an Indian director and producer, who known for Gadar, Ab Tumhare Hawale Watan Saathiyo. While growing up, he heard mythological stories from his grandfather, which left a deep impact on him. Sharma pursued his B.Sc. at Khalsa College, Mumbai, when he became interested in cinematography, taking every opportunity to watch films and creating sequels to the films he watched, for himself. His first job in the film industry was as an assistant of Baldev Raj Chopra, on films such as Pati Patni Aur Woh, The Burning Train, and Insaf Ka Tarazu. He also had minor parts in The Burning Train and Insaf Ka Tarazu. He started his career since 1981.