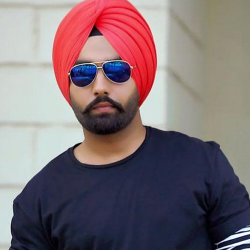 Ammy Virk is an Indian film actor and singer, mostly active in the Punjabi film industry. His songs Yaar Amli and jatt da sahara gained him huge popularity in the Punjabi music industry. Ammy Virk was born on 11th May 1992 in Nabha, Punjab, India. He is an Indian Singer & Film Actor he best known for his work in Punjabi Cinema. his Real Name is Amninderpal Singh Virk he is Popularly known for his stage name Ammy Virk. He is Film actor, stage performer and a Punjabiu singer. He completed a degree in Master of Science in Biotechnology from the Punjabi University, Patiala. He wanted to become a doctor but He began his singing career with a single track which became very popular after this song he becomes Popular. Surma To Sandals, Akh Teri Baaz Wargi, Doomna - Lok That, Friday Booked, Time Boliyan are few of his singles. He won PTC music awards for his first 'Jattizm' best album award in 2013. He had worked with famous actor and singer Amrinder Gill in superhit Punjabi movie Angrej this was his first film as an actor and he had sung many songs for movie like Ardaas, Bambukat, Nikka Zaildar, Jugni Hath Kise Na Auni. Nikka Zaildar 2 etc. As an actor, he worked in many films like Angrej, Ardaas, Bambukat, Nikka Zaildar, Saab Bahadar, Sat Shri Akaal England, and Nikka Zaildar 2. He was also seen in a short story Dil Wali Gal shot by Filmy Shots on YouTube in 2016. He would be seen in Laung Laachi, Harjeeta, and Qismat in 2018. His track Zindabad Yarrian received a huge response from the audience.