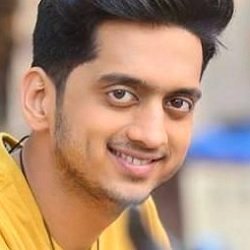 Amey Wagh is an Indian film and TV actor who is noted for portraying mostly comedic and supporting roles. Amey who was interested in acting since a young age first started acting with a theater group called Balnatya. He subsequently participated in Purshottam Karandak and other Natak competitions. Few of his most popular film appearances include Popat, Yashvanti, Joshi Ki Kamble, Billu and Muramba (2017) directed by Varun Narvekar. In 2018, he appeared alongside Sumeet Vyas and Sonalli Sehgall in Akarsh Khurana's Hindi c