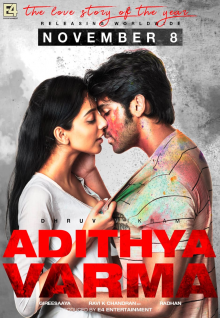 Adithya Varma is an upcoming Tamil movie starring by Dhruv Vikram in a prominent role. It is an action, drama and romantic movie directed by Bala Pazhanisaamy. Adithya Varma is an upcoming Tamil movie It is romantic drama movie directed by Gireesaaya  and produced by Mukesh Mehta under E4 Entertainment. The film starring by newcomer Dhruv Vikram and Banita Sandhu and Priya Anand in the lead roles It is a remake of the Telugu film Arjun Reddy (2017). The film was originally directed by Bala under the title Varma. The new version, titled Adithya Varma. It is scheduled to be release on 22th november 2019. 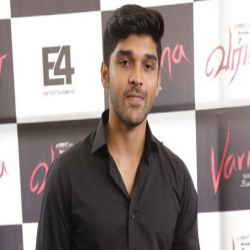