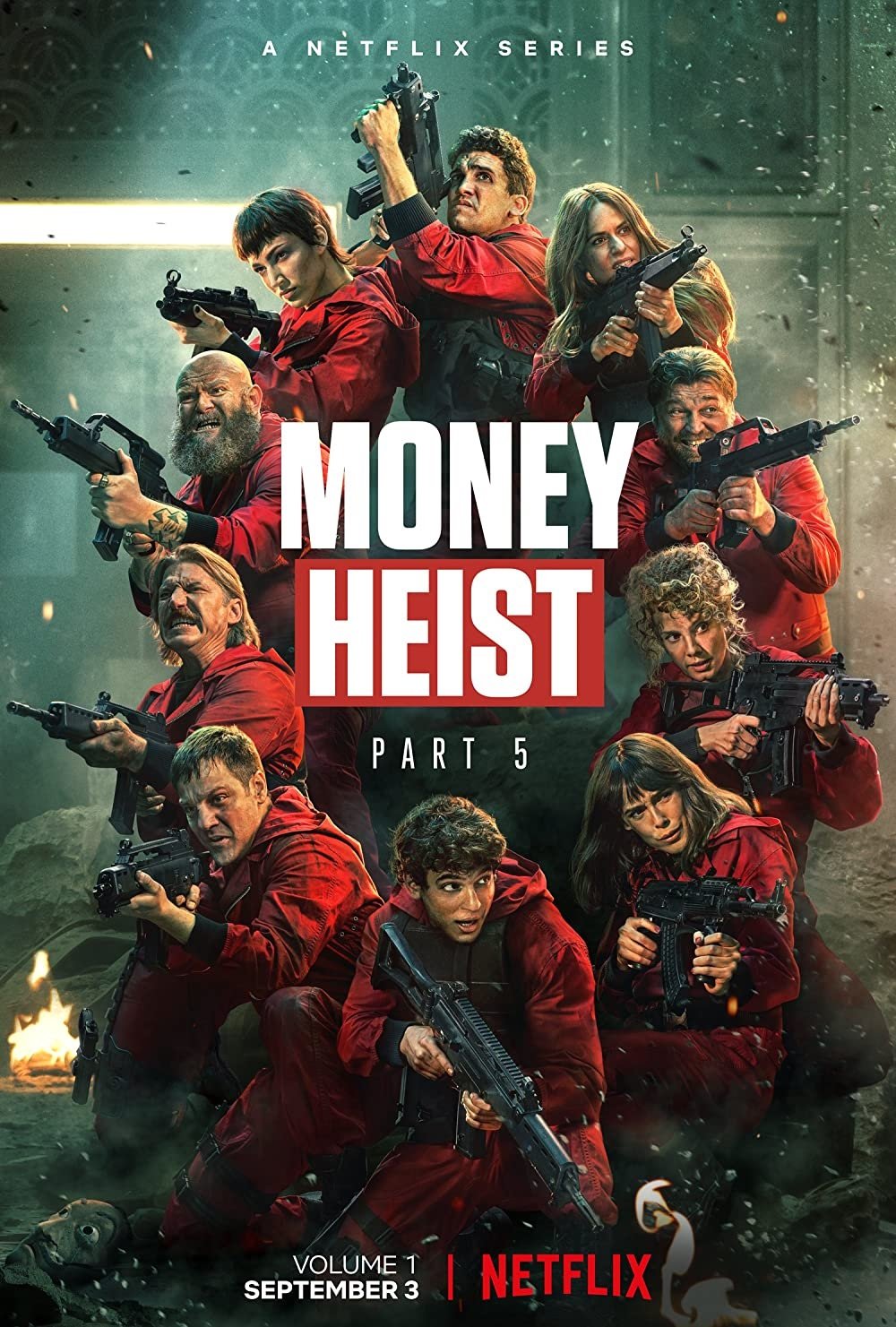 Money Heist aka La casa de papel is a Spanish heist crime drama web series created by Álex Pina. Money Heist focuses two long-prepared bank robberies led by the Professor (Álvaro Morte), one on the Royal Mint of Spain, and one on the Bank of Spain, told from the perspective of one of the robbers.

Season 5 Story continues right after the climax of season 4 where gang has been in the Bank of Spain for over 100 hours and the Professor is at risk. To make matters worse, a new adversary is arriving: the army.

This web series will be avalaible for streaming on Netflix OTT from 3rd Sept 2021.