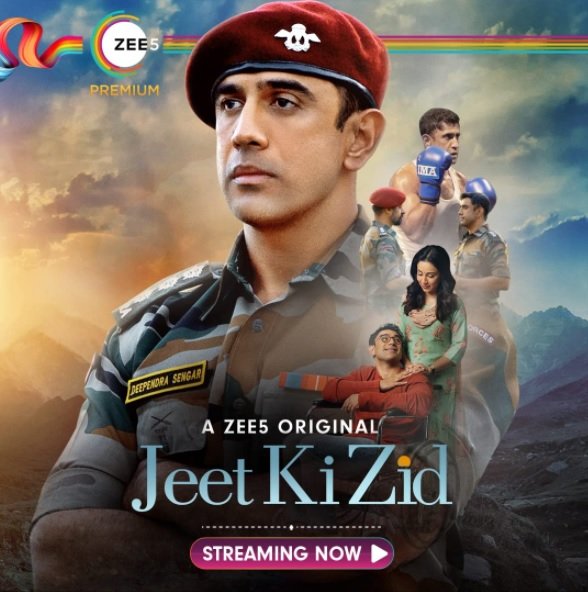 Jeet Ki Zid is a web television series that premiered on Zee5 on 22 January 2021. The seven-part series is directed by Vishal Mangalorkar. It is based on the life of a retired Indian Army special forces officer Major Deependra Singh Sengar played by Amit Sadh. The web series portrays the extraordinary life of a PARA SF soldiet, who inspite of all odds, acheieves his goal in military & civilian life.