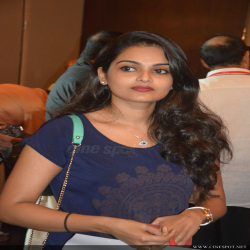 Vishnupriya Ramchandran Pillai , better known as Vishnupriya, is an Bahraini-Indian south film actress, dancer and model. She started off her career participating in a dance reality show Vodafone Thakadimi which was aired on Asianet. She made her acting debut through Speed Track in 2007 playing a supporting character, later she played the lead character in Keralotsavam 2009,and got noticed for her character in Penpattanam, and then went on to play major and minor roles in various films. Her entry into Tamil Industry was through Naanga She had performed for AMMA show in 2013. She has also participated in a reality show Star Challenge on Flowers TV.