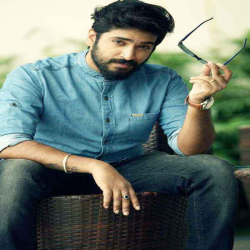 Viraat is an Indian film Actor, who has worked predominantly in Kannada movie industry. His previous film to hit the theatres was Kiss in the year 2019. Viraat is an Indian actor whose journey began with the TV show Jothe Jotheyalli. Like most actors, he wanted to make the shift to the big screen but had no film background. Being a big fan of A. P. Arjun, Viraat began dropping by the director`s home and often speaking with his mother. The news got to the director who finally gave Viraat his big break by giving him the lead role in the Kannada movie Kiss (2019). Viraat appears opposite Sree Leela, who is also a debutant.