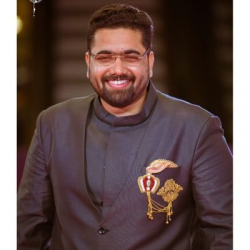 Tarun Sudhir is an Indian film Actor and Director, who has worked predominantly in the Kannada movie industry. Tarun Sudhir has worked in popular movies like Vritra, Parasanga. Tarun Sudhir's previous film to hit the theatres was Vrithra in the year 2019. Tharun Sudhir is the son of yesteryear Kannada film actor Sudhir and Malathi Sudhir. Tharun completed his studies from the KLE College. He finished his hotel management course and worked at the Ashoka Hotel for 1 year. Apart from his interest in movies, Tharun also desired to pursue a career in Cricket.