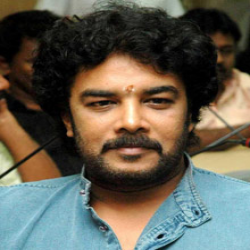 He took a short break from direction after his initial launch as an actor in 2006 with the film Thalai Nagaram which was a commercial failure. He returned to direction with his trademark comedy roller coaster in the movie Kalakalappu in 2012 and it went on to become a moderate success. His successful career as a director continued with movies like the Aranamanai film series (2014).

He also produced the TV series Nandini along with his wife, actress Kushboo aired on Sun TV. He is a pioneer in the television industry to produce a TV Series in 4 languages: Tamil, Telugu, Malayalam, and Kannada, simultaneously. The show has been praised and well received by the audience, becoming a huge success and India's most-watched television series in a matter of weeks since it first aired. He also produced movies like Hello Naan Pei Pesuren, Muthina Kathirika, and Meesaya Murukku. Sundar C is one of the few directors who directed the two Super Stars of Tamil Cinema, Rajinikanth and Kamal Haasan in Arunachalam (1997) and Anbe Sivam (2003), respectively.

He had done work as producer and TV series producer also which is the below:

As a TV Series Producer