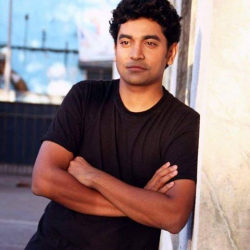 Siddharth Bodke is a Television and Film Actor he is best known for his work in Marathi films. He is the active part of the Marathi Film Industry. He is best known for playing lead role in Pravah's serial Nakushi Tarihi Havihavishi, Siddharth has also acted in a number of plays such as Suyog Productions' Ananyaa, Sandhyachhaya, The Client of Witch, and Mantraval.Not limiting himself just to acting, Siddharth worked as a VJ for a brief period in a local Nashik channel and was also an RJ in Nashik's Radio Vishwas 90.8 FM.

A known face in the television industry, Siddharth has shows like Asa He Kanyadan and Assa Sasar Surekh Bai to his credit. Making his debut on the big screen, Siddharth played a supporting role in the 2015 Marathi movie Time Bara Vait, featuring Bhushan Pradhan, Satish Rajwade, Nidhi Oza, and Vishwajeet Pradhan in pivotal roles.

His next movie outing is the 2018 drama thriller Bhay, playing the role of Praful Kulkarni alongside Abhijeet An active part of the Marathi entertainment industry, Siddharth Bodke is a theatre, television, and film actor, who has been performing on stage for over a decade. Best known for playing the lead role if Star PravaKhandkekar, Smita Gondkar, and Sanskruti Balgude. So, when he finally completed his education, he headed to Mumbai to pursue his dreams. With a bit of struggle, he managed to enter into the small screen getting a role in a TV show called Tu Ashi Javli Raha, which is all set to hit the channel Zee Yuva. However, he was lucky enough to get the M Town film first rather than the TV show. His debut in the entertainment world in regional language started in 2018 itself with a film called Bhay, which was aired in the summers of 2018.