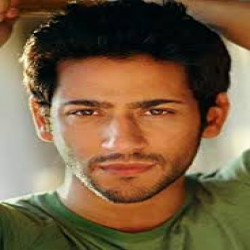 Shivam Bhaargava was born on October 29, 1986 in Lucknow, Uttar Pradesh, India. He is known for his work on Ishaqzaade (2012), Siddhartha: Love, Lust, Peace and Ghost (2019).  Shivam Bhargava is an actor and model who hails from Lucknow.  He complete his school from Study Hall and Wynberg Allen School, Mussorie and college from La Martiniere College, Lucknow after that he came Pune for his further studies, he complete his Bachelor of Business Administration from Symbiosis Management Studies in 2009 and then he completes his MBA from Birmingham University from International Business, UK.

After completing his education he came back to India in Mumbai to start his career in the fashion and modeling industry. In his career he starts worked for different designers and brands, he has also the part of many fashion shows, marketing and ad campaigns. He is a very tough guy for his career, and he got the chance in the bollywood to play the role as a hero in the film 'Ek Call' (2013) his acting was too good that was liked very much by the audience.